i got a pair of pirelli euforia run flats i'll be installing next week, the reviews seemed good, got them in new condition off a chopped mini cooper s exactly my size too, 205/45/17
Top
Advertisement

I'm not usually a fan of run flats because they usually offer less grip and more noise, but Pirelli is a good brand so hopefully they managed to overcome most of that..

Let us know what you think of it when you have time to test it out..
Top

indeed, i wait to hear the reviews, but them beemers come wit dem and they ride nice, i guess u jus need superior suspension?
Top

1) So if I'm posing, and really didnt' buy them, wouldn't it make more sense to boast about how expensive they are, and make it sound like I'm rolling in cash or something, rather than how cheap they ended up being? Liars would exaggerate everything and inflate their egos. That's the price I paid, take it or leave it....I can't afford tyres costing over 1000 any time soon.


2) I called tire clinic today. They apparently are going to be bringing in the ZIII in my size....soon they said. Lady estimated about 880-900 per tyre (

) which obviously will include their markup. Apparently they don't have the 215/45, but have bigger sizes (235's or something so) already in stock.

3) Oh, and since you seem doubtful, here's are some shots: 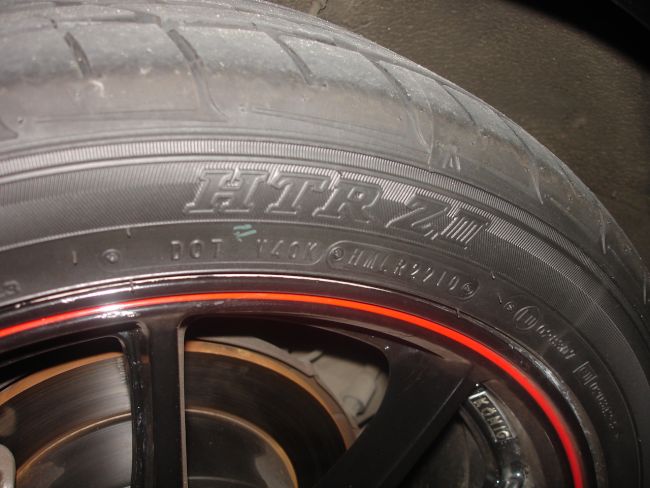 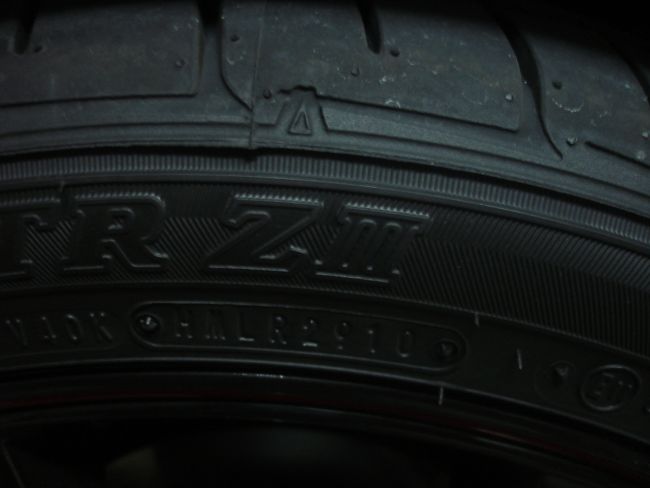 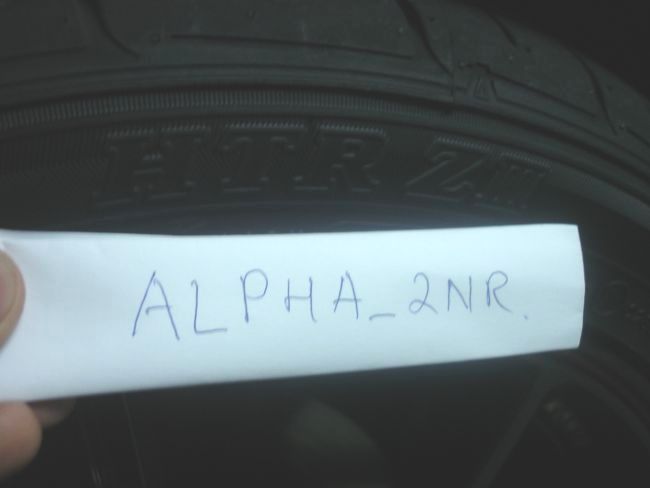 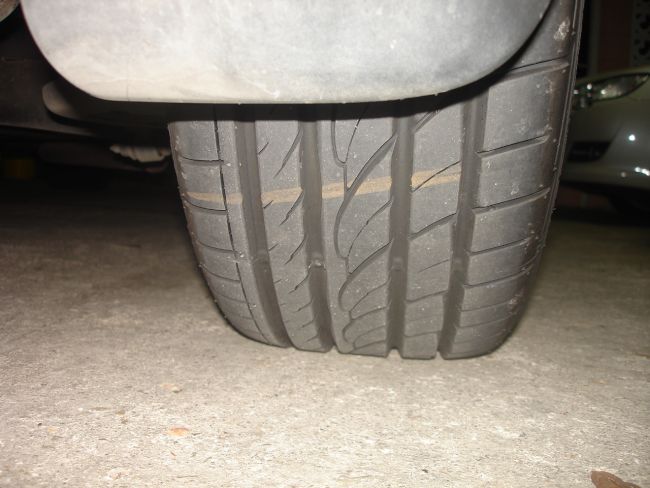 Posted the label AND the tread pattern as proof.

The ZII and other models have completely different tread patterns, so they just can't be confused with the ZIII.

(ah wonder what excuse you'll come up with now.....I think I covered all possible angles)

Nice nice nice bit i did not get pwned

How you still import tyres for that price if customs charge & freight is X 11 or 12 dollars ?

What kind of car is that and nice crims
Top

Jon Gill wrote:Nice nice nice bit i did not get pwned

How you still import tyres for that price if customs charge & freight is X 11 or 12 dollars ?

What kind of car is that and nice crims

Crims = Konig Zero (with rims and tyres, weighed less than the stock wheels w/ tyres...weighed one wheel each on a bathroom scale. I have no pics, so maybe I'm lying

Cust - charges - pardnah offered to bring in with a shipment of business goods. Too much hassle. I don't know how he got teh charges down, nor do I care.

Jon Gill the man hitting you for 6 right through. Retire hurt nah and walk back to the pavilion.

He have visual proof and the "crims" are Konigs(see pic also). LoL.

And what I like about the whole thing is the man answering you calm calm. LoL
Top

I did not get hit fro 6 ok, all I did is ask some questions ktanx.

What i want too know is how is the ride at high speeds and is there noise. I know some tyres that don't balance good like maxxis,
Top

^^ Really? Questions you say? I distinctly remember reading this:

ordered through a friend o' mine

^^Doesn't look like I'm seeing any questions there! More like I'm being picked on and targeted by you.

Jon_Gill wrote:No way you paying around 800 dollars for that tyre come on nah man post pics if what you saying is really tru this sould cost more like over a thousand dollars

The way I see it Jon_Gill, you targeted me unfarily (since yuh toting feelings from another ched), and even accused/insinuated that I was lying (by asking me to post pics "if is tru").

So after all that drama, yuh boil dong like bhagi, and yuh put yuh "tail between yuh legs", &now want to ask my advice on how the tyres work?

Jon_Gill wrote:What i want too know is how is the ride at high speeds and is there noise

Well.....bai, try again eh. And no, I haven't come across anyone else on tuner who runs these....so good luck finding additional local reviews.

And for the last time, U D F R

Alpha_2Nr De way you behave if you stick your tongue out ANYONE CAN TELL THE COLOUR OF YOUR BOSSES ASS.

i hear de HTR ZIII side wall gets a crack real fass. (south)

Now you have my identity

Pal, chillax yuhselfs nah. No worries.....forum banter is just that. Nothing personal.

you like too fack men up all the time an embarrase people. you started it just remember .so you no what
Top

alyuh grow up and behave nah

Lewwe go back to the usual instead... Complain about Nexen,Roadstone,Bolex etc hahaha


I had a rental camry up here in the states for a few days last week.. Came with Goodyear Eagle GT and I really wasnt impressed.... The tires are LOUD, especially at low speeds .. They also offered fairly crappy wet grip.. Managed to spin rubber on a mid throttle acceleration on a slightly wet road.. Tyres were rather new as well..

I was actually considering these for the Volvo a few months ago, but so glad I went with the Continental DWS instead
Top

dry traction is good so far and wet traction, not very good, hydroplaned once in a place where my ecsta spts do not hydroplane.

laughlin and degannes said they couldnt work on the car because it was too low, the car is a mazda 3 on eibach pro kit springs.these tyres are loud though, they generate plenty of noise so look out for it
Top

Pick up the phone and call MM, they usually decent about telling you stock on the phone...

Which Kumho you looking at in that size?
Top

the plethora of knowledge here im sure someone would know,looking at either the ecsta or solus
Top

ah man hav good reviews on the solus here

but afaik, the ecsta and solus are 2 different categories... whats ur style of driving?
Top

with reference to the solus.. maybe it jus my set

my daily runs are from south to pos each work day... about 150km round trip

i installed these tyres in august of last year

my tyres were occasionally rotated 9every three mths) and each mth topped up to the required air pressure...

BTW the Bridgestone B-style that my car came with had about 50% life and lasted about a year exceeding the Kumho for the same runs... but the Bridgestone was loud as hell
Top

anyone ever bought tires from tire rack? do they accept TT credit cards?
Top

ok guys, I installed the pirelli eufori's today, got a pair like new off a wrecked mini cooper S.
Tthey are 205/45/17 and have a 180 treadwear.
They are runflats.

I was surprised today when i got them on the fielder, they are very nice tyres. I didnt detect road noise and the dry tracion is very good, normally i get some tyre squeal from dead stop, but that is gone, I haven't had the time or the opportunity to test these in wet conditions, i will update when I do.

Also, I read that these tyres get loud, so i will have to wait and see...
Top

got some SUNEW 205/40/17s today,,so far on the wet road,works just fine, I had on autoguard s900 and dunlop direzza before,,when they got about 60% worn,traction was bad,found the rear of the car to be 'sliding' on wet roads,,,

What are your views on westlake?
Top
Advertisement
Post Reply
2649 posts