Here are some simple FRONT brake upgrades, with little or no modification.

Simple brake upgrades FRONT
AD22VF set up is a direct bolt on for B13, B14, Y10, N15, Presea (10” rotor and single piston calliper or complete spindle)
Can work on Y11 ( AD wagon), but must use complete spindle, disc pads are the same as U13 SSS bluebird, but carry a sample just in case when going to buy.
If you have an AD wagon, and don’t want to change to B14 spindles, you can use AD22VE callipers along with AD22VF rotors, AD22VE callipers bolt directly to AD spindles.
AD22VF set up can be found from GTiR pulsar RNN14, N15 VZ-R pulsar 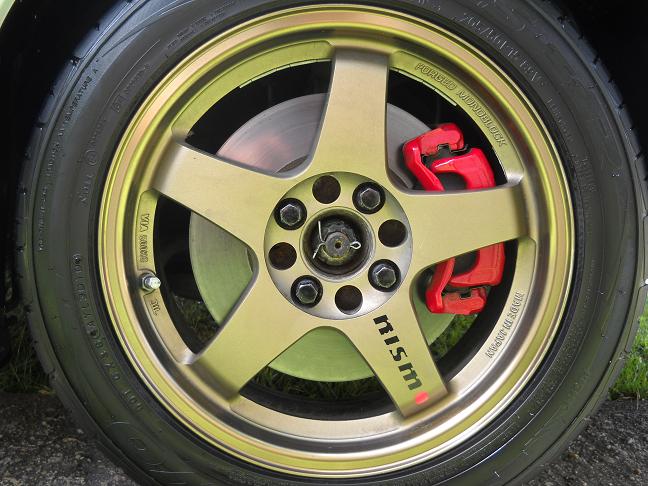 Simple brake upgrades REAR
The N15 VZ-R Pulsar complete rear disc brake set up is a direct bolt on upgrade for the B14, N15, Presea, they have 10” rotors and a larger calliper.
If you already have the tiny 9” rear disc set up, you can just swap the rotors and callipers.
Another way to get this upgrade is to re-drill P11 rear disc to 4x100, and use together with the P11 callipers.
The VZ-R and P11 callipers are the same, so they use the same disc pads. 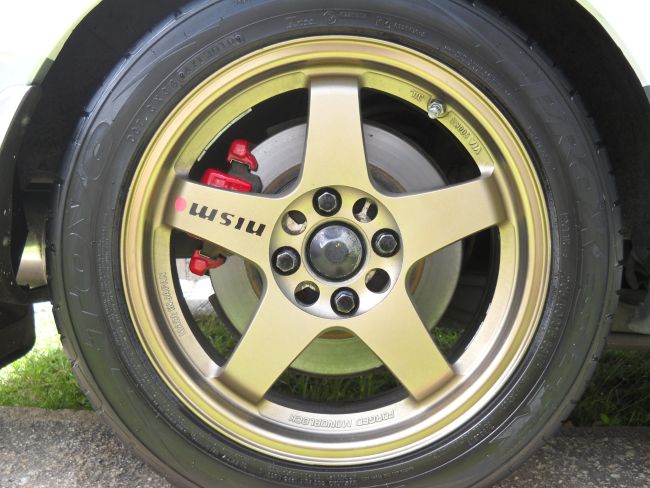 anything for elantra pbb model?
Top

very noice and simple layout.. kudos yakuza,
depending on your definition of little modicifation, maybe you can also add the 300zx/r32 rotors and calipers coupled with y11 spindle and mill off 4mm of OD of rotors then redrill to 4x100 for b13/14
Top

spoogy, didn't want to include that upgrade just yet, if I am doing that upgrade, I wouldn't do it without also upgrading my brake booster and master cylinder.

Don't get me wrong, that is a nice upgrade, but you will more than likely have to change your rims to ones with a suitable offset, re-drill and trim diameter of rotors, and then still have to modify the AD spindles, plus upgrade booster and master cylinder.

Personally I think they are a overkill on a B14, unless you pushing out real HP and torque, I have never seen any stock engine that has been put in a B14 to warrant these brakes.

Plus they kill acceleration.
Top

KrAzYBoY, if your calipers are the same as P11, they will work, all you have to do is swap the mounting brackets, if you need a set, let me know.
Top

need some info please , Is Cifero Rear A31 rotor and caliper same as the S14 ones ?
Top

problem - not getting enough stopping power in the rear, thinking about changing the booster/cylinder...but not sure which b/mc will work, with good pressure in the rear........need some info please.
Top

problem - not getting enough stopping power in the rear

Did ur car originally come with rear disc brakes? if not u might have to look for the proportioning valve that comes with the b12's with rear disc. Normally in a car with rear drum brakes, the braking force is higher at the front wheels.
Top

^ correct and this is a fact most ppl dont know.....they assume you just change to rear disc and bam dat's it......but in some case that may prove to be less effective.....
Top

tHIS IS VERY GOOD INFORMATION MAN, will take it into consideration as i wanted to upgrage the P11 rear rotors on my N16..
Top

yakuza, ah wha some stopping power what you got for me??

Did ur car originally come with rear disc brakes? if not u might have to look for the proportioning valve that comes with the b12's with rear disc. Normally in a car with rear drum brakes, the braking force is higher at the front wheels.
_________________


it was a converison i did , but could i do to correct this problem...thanks>>
Top

Did ur car originally come with rear disc brakes? if not u might have to look for the proportioning valve that comes with the b12's with rear disc. Normally in a car with rear drum brakes, the braking force is higher at the front wheels.
_________________

it was a converison i did , but could i do to correct this problem...thanks>>


the man just told you there

problem - not getting enough stopping power in the rear, thinking about changing the booster/cylinder...but not sure which b/mc will work, with good pressure in the rear........need some info please.

doh get me wrong eh padnah, but first of all...how you know that you know getting enough stopping power at the back?

(Ah tryin to get an idea of your system here

you running turbo? if you aren't, the B13's double diaphragm booster and the master cyl would more than suffice. if you think you not stopping as you should, rule out other factors before you interfere with any proportioning valves on the cyl. I warn you all...doh mess with dat ting! If someone doesn't know what they are doing, they can firetruck up your brakes and then your safety is at risk. To properly "tune" your brakes using the proportioning valves takes at least a day and many trial and errors before the correct front to rear braking force ratio is achieved. The master cyl comes factory set to give the desired ratio (e.g. 80% front, 20% back) considering the weight distribution throughout the vehicle. Make sure your lines are bled poroperly, rotor surfaces are clean and don't have any grooves or are warped, make sure your disc pads are in order and are the suitable type for your driving style, and ...this one is often overlooked...make sure your calipers work, are properly serviced and don't stick. Check your brake lines for leaks and kinks, and maybe you can upgrade to the steel braided ones first. I;ve even heard of master cyls leaking.

if they were redrilled, sometimes there are quack machinists out there and the 4x100 (or 4x114) holes may not be at the geometric centre of the rotor. this may cause the rotors to strike the caliper at the "high" points causing a reduction in braking efficiency.
Last edited by Zed Sqd on April 6th, 2010, 9:49 pm, edited 3 times in total.
Top

Oh btw, the B13 spindles with calipers working at the B12's rear?

well actually most of the time when i press on the brake pedal it keep's going almost right down, the car stops but not fast enough and the pedal abit spongy. I bled the four wheels acouple of time.check the brake lines for leaks and kinks. without load and doing abt 100km the wheels don't lock up only slows you down, imagine carrying load...what does happen you got to be pressing bakes a quarter mile away....lol...as for the calipers there where servied late last year. where can i get the steel braided line have any idea's. As for the rear set up just get your hands on a set of p-10 rear clipers ,rotors and cable housing also a set of b-13 rear dics brake spindles as for the hand brake cable i cut the B-12 and addin the swivel log at the end. but you will have the use the ends of the P-10 cable setup as for the end the lock properly on the bracket. The end of the sta-bar will have to be cut off and using the end's of the b-13 bar to bolt on back onto the spindles, make sure you measure the distance from the the fender well from the back door to the center of the spindles because if you cut the sta-bar wrong the wheel will go more forward or more back....if i could load some pic's ...don't know how to load the pic's>>>>
Top

if the pedal feels spongy sounds like you have air in the lines, but you said that you already bled them. Hmmmm. well steel-braided lines would be a small solution but it wont get rid of the bigger problem of "sponginess". Oh, they can be bought from a powerseller on the classifieds forum. take a search and see what you get.

monitor the fluid level in the master cyl over a short period of time and notice if it is dropping. maybe there is a leak you didn't pick up.

since is a B12 you have, ABS wont be an issue. so we ruling out that.

you ever tried flushing the braking system? there is a possibility that water can be in the system

, or even debris/dirt n sheit. try that and test it out again. leh we know wuz d scene.
Top

flushing the system and replacing with new brake fluid is a good idea. Brake fluid is ''supposed" to be an incompressible fluid but just as engine/tranny/GB oil is changed after a certain time (because it loses its body), similarly it's wise to change brake fluid.
Top

AD22VF and AD22VE calipers are the same, uses the same pads, difference is the mounting brackets, VF bolts on B13/14 spindles, and VE bolts on AD/Y11/B15.

B15/P11 rotors are larger than VF/VE rotors, not sure if the pistons are the same size though.