Hope to start a thread only for fellow Porsche lovers like myself. Thanks to the exclusiveness of these classics it is hardly likely I'll ever own one in Trinidad but... who cares 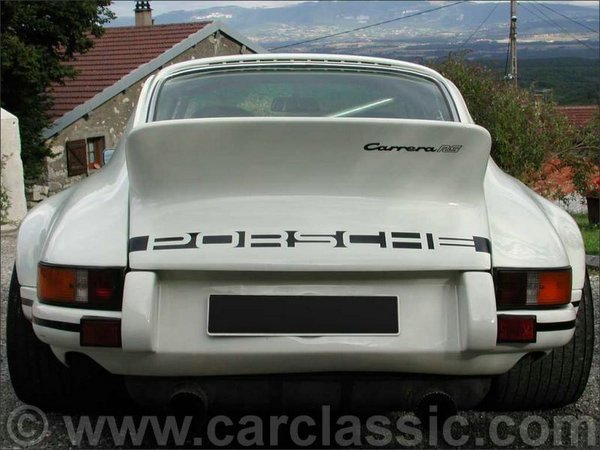 Nice pics..I find some pics and post up..
Top

Sexy cars meng, it's actually the technology that they introduced at such an early stage that impresses me.
Top

This is the Porsche most suited to T&T.

i had an opportunity to drive one of those classic 911 at sebring 2 years ago...for an old non-turbo F6....very impressive
100 mph is like 50 mph, totally unstressed
Top

Some Porsches with the engine on the "wrong" end.

there's a guy a few houses away from me with two 944's one outside with a flat tyre another one in his garage in pieces
I'll try and pass by the dealership up here and get some pics.
Top

The best of the bunch in my books.

The "big wing" Porsches are referred to as "whale tailed" Porsches. I don't think that this needs any explanation.
Top

I always love to own a Porsches. But I will settle for a ford. Nice pictures by the way. I hope I can see more.

Porsche designed the Carrera RS as a basic model for motor racing. This model was available both as a touring version and as a sporting package. The appearance of the RS was marked by its rear spoiler and emblem at the side. With its rebored engine the car had a displacement of 2.7 litres. The rear wheels and tyres were wider than at the front.


Today, the RS is regarded by many as one of the top five sports cars to emerge from the 1970s. Its versatility is hardly surprising; the 911 was designed from the start to be equally suitable for competition and series production. It is highly usable, both trickling through traffic and competing on the race course or rally route.

Them cars really have a timeless design
Top

Check tyre wall to the left

this really warms my heart...thanks for a good post.
Top

Users browsing this forum: No registered users and 37 guests