R34 Skyline GT-T is my Brother's One, From Page 5 or 6 onwards you will see info on that!

My Mazda B2500 Built by Ruthless Auto Shop!

Well, been wanting to post up a run down of my daily project, so as im back home with my newborn daughter, got some time off right now. The project was being done by me but due to more important stuff home, I've let a really good friend up point work his magic like he always does.

Started out to be a daily as i got the vehicle but the entire suspension in front was a danger trap, the back had work, and the engine was way off in installation. So after doing work by myself, i got it working a little better but like i said, time is not whats on my side again. Also, van never had traction on boost.

Sent it out to point

Now the plan was to do some upgrades and keep the RB25 it has, but I've acquired some goodies in the past few months however not everything has been located to complete the new engine, so we will work with the current rb25 lol. Engine is basically stock, stock turbo, airflow, ecu etc.

Currently its finishing off the rearend which i should get back the van to use next 2-3 weeks.

Van when i now went for it, okish!

Under the van, was in a mess!

Diff lined up under van

Front being worked on with new setup

Ruthless Auto Oilpan being made

So expect some new pics in a few weeks.

If anyone knows of good aftermarket parts for the front end of this van it would be greatly helpful towards this build.

The new engine for the van will be built and installed by Ruthless Auto after we learn the limits of the van after these new modifications and chassis re enforcements! Then we will add whats necessary for more bracing.

New engine is home by me, in parts waiting to be built.
Its an RB26DETT with LOTS of parts.

I currently need a stock rb26 block and crank if anyone has!

This engine will be built for a quick crazy response, not for big power. A Water/Meth kit is a MUST for this as a daily.

Thats just a preview of things to come soon after!

Ruthless Auto is the same place thats building the other monster, the evo/lancer beast

Another point, the van will be dropping low to tyres....Fender to tyre space will be half inch. This van is toooo high as it is and not cool on cornering.
Top

Didn't realize is u Bro ,build coming along nice!
Top

The exterior of the van, i've came up with a nice design/drawing to do. It should look and sound like a complete monster when its done complete

But for now, need to use that stock rb25 and learn the van with the new parts first to understand what needs to be done for the 600HP quick revving/responding powerplant

Will tone the front up with flat black parts to give some definition and also do up some customization on the bonnet.

New rear camber arms has arrived! Now to get some toe arms!

Looking for a center handbrakes lever to work up in the van. Drift business

Few people asking about the oil pan purpose as well....It had to be custom made to clear the drag link etc to give a safe clearance as if the van had original diesel spacing oilpan.

The front design has already been made, so RWD and 4WD GTR pan and box is still being decided! Im not sure what i will be going with when that time comes, maybe 4wd!

congrats on your daughter pal.


nice project, keep at it.
Top


i should have some pics coming, mech said he will email me some updates.
Top

Lookin forward to the complete build!

Congrats on the baby girl!
Top

Aight so i might be putting on a cheapo turbo with internal wastegate set at either 8psi or 12psi but i might up it to 15psi and keep it so. Just want the little extra to see how well the rearend and other fabrication handles.

As for body, might be looking at something similar to this widening on the fenders:


So when i get back the van, it should still look the same in body but just new rims, dropped lower, and new setup, well it will look completely different. Wont do the widebody as yet, wanna get to know the van first then figure out how wide we will need it depending on traction issues. So far the tyres in the rear are 265/45/18 michelins, never used them since but will see. More than likely i'll use Potenza Adrenalin RE002 265/35/18s unless they have bigger like 295's or 305's! But depending on if we decide on the 4wd later, we'll just run 265's all around!

Should be a fun van
Top

Was considering a V8 supercharged or twin turbo charged, but where im renting, is the noise

Just to start and come out might kill the other tenants! LOL Right now the invidia exhaust is super quiet on the RB, seriously u will think its a diesel van, no RB sound at all, until you press after 3500rpm

Just a quick teaser on the updates of monster lancer/evo project. Lancer is now looking exactly like an Evo8, however, I still need EVO7,8 or 9 back doors(believe they all the same). Engine will be fitted soon, keep in mind this engine is already built, and was doing 400+ on a small turbo, the new turbo is good for 800HP. Its a full time RWD vehicle, and will be street driven on occasions lol. When that project is ready to be finished, i will make another thread with it. So far, the build is one in the world, i have not and yet to see any.

**ANYONE WHO KNOWS THE PROJECT PLEASE DON'T SPILL THE BEANS YET**

Computerz & Parts Guy wrote:Just a quick teaser on the updates of monster lancer/evo project. Lancer is now looking exactly like an Evo8, however, I still need EVO7,8 or 9 back doors(believe they all the same). Engine will be fitted soon, keep in mind this engine is already built, and was doing 400+ on a small turbo, the new turbo is good for 800HP. Its a full time RWD vehicle, and will be street driven on occasions lol. When that project is ready to be finished, i will make another thread with it. So far, the build is one in the world, i have not and yet to see any.

**ANYONE WHO KNOWS THE PROJECT PLEASE DON'T SPILL THE BEANS YET**

how much yuh payin or else 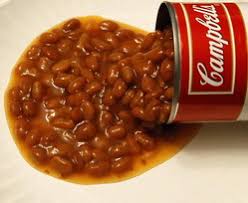 Might keep the van in this same black when repainting, paint job not all that....new windscreen installed, ole one has cracks.....Interior will be neatened up a bit and rearranged.

Also the gas tank will be fitted with a custom Ruthless Auto fabricated fuel level unit as the van never had a level so i had to full gas everyday until the tank overflowed LOL.

Will be installed an R32 instrument panel as well! Got one for 250$

Van will be kept rwd, for some fun, as getting traction from a rwd is not hard to get with some work at Ruthless Auto!!

Might put a t3/t4 turbo with internal gate to work on the stock manifold. Just to replace the stock turbo as its easy to destroy.
Top

Well the entire r34 independent rearend added a good bit of weight compared to the stock diff. So it weighs down perfectly on the chassis to keep it a little straight. Custom bars will be made from rearend to chassis as well with bushings on each end. So weight in front, weight in middle and weight in the back. The middle is the tool box. My grocery bag compartment LOL. Theres two compartments there, a sealed internal with locks and below has clearance for spare tyre etc. But i'll be putting the water/meth kit there, and space for spare as well with a lock.
Top

Should have some pics later. Currently im only hearing people telling me men coming in the garage and bawling when they see the rear, like the van came originally with a skyline independent rearend lol.
Top

Updates....Here is some of the rear chassis work for the independent rear setup. Using thicker gauge than the original chassis and plasma cutting to shape then proper welding as needed. So far what you see here is just some of the work, its not finished yet, when its done, you will never know if any work was done, or any welding etc. Only giveaway is that, these vans never came with a chassis like this LOL. Unfortunately, i have to make an aluminum gas tank as the original wont work back unless cut and i dont want to run little gas for a full tank.

Also, you will notice the spacing to fit wider tyres/slicks which is a big advantage!

Can't wait to get this back!
Top

So piece of the original chassis was cut and a remade using thicker metal so that the rear end could be fabricated into the chassis? Work looking real neat though.
Top

Basically yea, a jig/frame was made to hold the entire chassis in place before cutting so it will not move during cutting. When boxed around its stronger than the original chassis.

I wonder how the rear below will look in the road from another cars point of view lol, someone might wonder if thats a drag van on the road lol

And they have not started to neaten up the rear, they are still working on it so no use neatening up yet

Basically this is just a sample of the work thats done. If you want some custom work done, you can get it. Just remember, the more extreme you want, the cost factor goes up. Garage is located in Pt. Fortin and work is done by appointments only. You can contact Charly at 397-2252

Might be putting on an EVO7 turbo, should see some extremely quick response on that at 18psi....gotta get back in gear with my quickshifting lol
Top

this gonna be a sick project

Users browsing this forum: No registered users and 14 guests