Would we be given some sorta certificate/ license after driving school?
Top

Sorry.. no certificate yet...You will be taught by an experienced driver but its not a registered driving school. TTASA are planning to introduce certification for their driving schools in 2016.
Top

1. Upon arrival at the start competitors must:
a) Report to Registration Marshall, complete registration then go to the Scrutineering tent and have their vehicle scrutineered
b) All Rookies at the Wallerfield Circuit must indicate this upon Registration to the Marshall.

2. Competitors found not wearing seatbelts/harnesses and helmets or driving in a dangerous manner will not be allowed to continue driving in practice or competition

3. Competitors found drinking alcohol on the morning and during the event will not be allowed to drive in practice or competition.

4. Experienced drivers will be allowed onto the track starting from 10am in groups of 6 and allowed to do 6 lap sessions. There is no limit to the number of sessions allowed, this will only be limited by the number of drivers on the day

5. Rookie drivers will only be allowed onto the track for the first time accompanied by a driving instructor. The driving instructor will determine their competence level at the end of the open practice sessions and will declare the Rookie either fit or not fit for Time Attack and Circuit Racing.

6. For the Time Attack Session of competition each group will be allowed onto the track 6 cars at a time. The session will consist of a staggered standing start with each car starting 6 seconds after the previous. It will comprise 1 warm up lap, 3 fast laps that will be timed and 1 cool down lap. Your fastest lap will count as your final and best time. Overtaking is allowed during this part of competition. There will only be one session per competitor, if time permits it will be extended to 2 sessions.

7. The Circuit Racing Session of competition will start at 3pm. The first group will consist of SS1 and SS2 competitors. Pole positions will be determined by your times in the Time Attack Competition for the first race, slowest cars will start first. The same rules apply for the second group of SS3 and SS4 competitors. There will be 2 races per group. The second Circuit Race, pole positions will be determined by the results of the first Circuit Race, fastest cars will start first. Each race will be 8 laps.

All forced induction cars multiply by a factor of 1.45 to determine engine cc’s
All suspension, engine and weight modifications are free
Tyres allowed to a minimum of 100 treadwear
All other configurations will be decided by a presiding panel

a run group consists of 3 cars. if there are less in a run group the competitors will be bumped to the next group, in this case to SS4, for this event.
Top 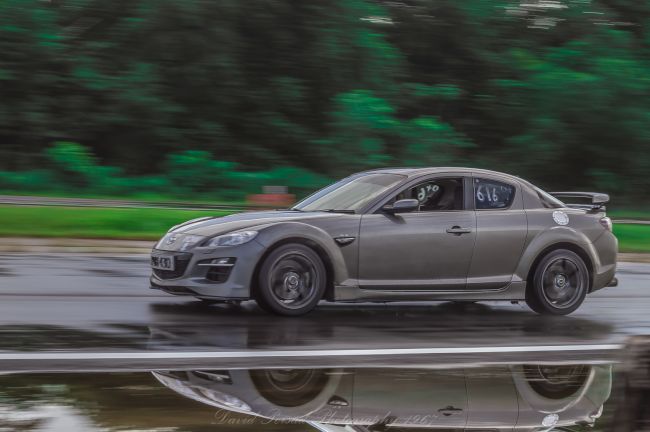 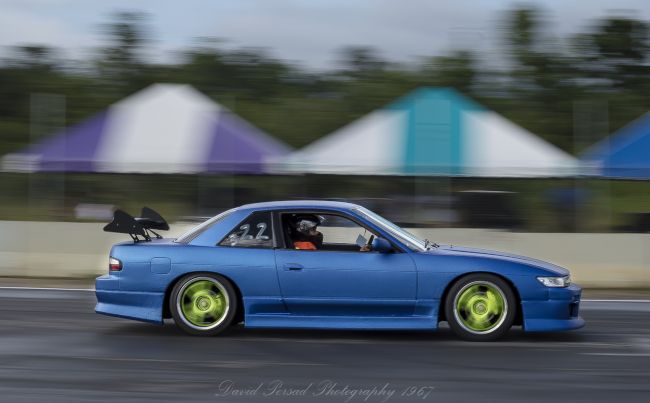 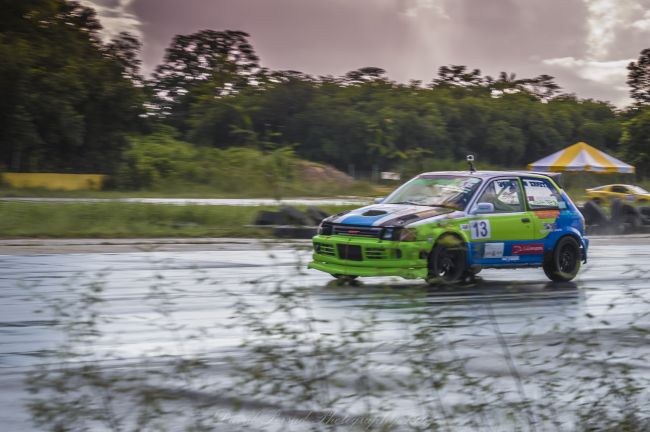 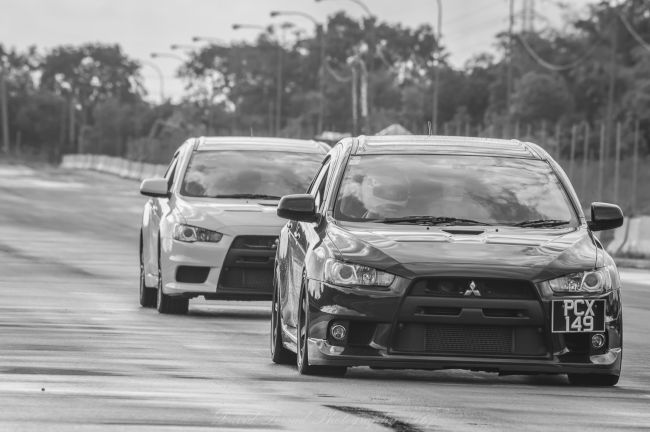 Nice...Thanks to all the drivers..Sponsors Blue Mountain Waters, Liqui Moly, Zorce, Marzden, Trinituner and all the Marshalls, Timers and everyone else who helped. We had a field of 25 cars in 4 classes and despite the rain all carded races were successfully run off. Will post official results in the morning.
Last edited by DEVI on November 16th, 2015, 11:28 am, edited 1 time in total.
Top

yup....smell that? Smells like the burning of many chestsezzzzzz
Top

Great event - thank you to Devi and Jen, especially having the results posted in a timely manner. Fun day for all. All drivers were respectful of each other in the pits and on the track. Congratulations to ALL participants.

Few competitors had issues with their vehicles and making adjustments to work out all the bugs in preparation for next year.

Have a safe holiday and enjoyable holiday all.
Top

Users browsing this forum: No registered users and 12 guests