Why rebels and insurgent groups the world over love the Toyota Hilux pickup as much as their AK-47s.

As the war in Afghanistan escalated several years ago, counterinsurgency expert David Kilcullen, a member of the team that designed the Iraq surge for Gen. David Petraeus, began to notice a new tattoo on some insurgent Afghan fighters. It wasn’t a Taliban tattoo. It wasn’t even Afghan. It was a Canadian maple leaf.

When a perplexed Kilcullen began to investigate, he says, he discovered that the incongruous flags were linked to what he says is one of the most important, and unnoticed, weapons of guerrilla war in Afghanistan and across the world: the lightweight, virtually indestructible Toyota Hilux truck.

“In Afghanistan in particular,” he says, “[the trucks are] incredibly well respected.” So well respected, in fact, that some enterprising fraudsters thought them worthy of ripping off. The imitations, Kilcullen says, had flooded the market, leaving disappointed fighters in their wake. But then “a shipment of high-quality [real] Hiluxes arrived, courtesy of the Canadian government,” he explains. “They had little Canadian flags on the back. Because they were the real deal, and because of how the Hilux is seen, over time, strangely, the Canadian flag has become a symbol of high quality across the country. Hence the tattoos.”

It’s not just rebels in Afghanistan that love the Hilux. “The Toyota Hilux is everywhere,” says Andrew Exum, a former Army Ranger and now a fellow of the Center for a New American Security. “It’s the vehicular equivalent of the AK-47. It’s ubiquitous to insurgent warfare. And actually, recently, also counterinsurgent warfare. It kicks the hell out of the Humvee.” Anecdotally, a scan of pictures from the last four decades of guerrilla and insurgent warfare around the world—the first iteration of the Hilux appeared in the late ’60s—reveals the Toyota’s wide-ranging influence. Somali pirates bristling with guns hang out of them on the streets of Mogadishu. The New York Times has reported that the Hilux is the pirates’ “ride of choice.” A ragtag bunch of 20 or so Sudanese fighters raise their arms aloft in the back of a Hilux in 2004. Pakistani militants drive through a crowd, guns high, in 2000. It goes on. Nicaragua, Ethiopia, Rwanda, Liberia, the Democratic Republic of the Congo, Lebanon, Yemen, Iraq—U.S. Special Forces even drive Toyota Tacomas (the chunkier, U.S. version of the Hilux) on some of their deployments. (Click here for a gallery of Toyota trucks in conflict-torn regions.)

Old TAY 4X4, original engine smoking, rust dong, men calling all 60 gran and ting. They could export that to Afghanistan and sell it for all I care.

Lemme help you out there

the old hilux not the new though
Top

pugboy wrote:Toyota hilux,
vehicle of choice for guerillas in Afghanistan, Somalia and all them other wartorn places, Paramin also. 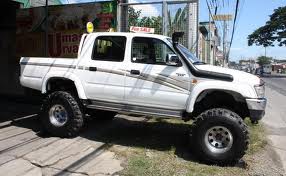 They sure don't make em' like they used to.
Top

Men selling off Vigos and IMVs to buy back SR5s.
Top

Take in the dude with da pistol
LMAO !!
Top

This thread is like an old Hilux... It just won't die.
Top 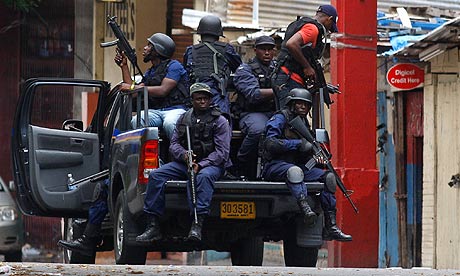 I had to look up

yup....hilux way more capable than the tree to tree
Top