i know there is a Batman thread, but this is effing cool! mods cud merge it after... 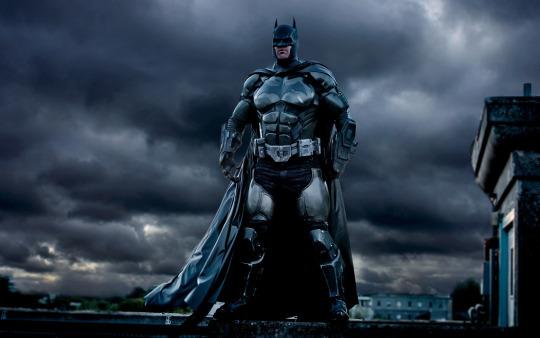 his new Batman cosplay is so good, it’s scary. Seriously, the costume’s got working flamethrowers.

The hyper-realistic Dark Knight armor above (and below) is the masterwork of Julian Checkley, an Irish effects specialist and cosplay legend who has long been known for his Star Wars cosplay. Several years ago, he made a very impressive Bane costume inspired by Christopher Nolan’s film The Dark Knight Rises, but this new cosplay is actually inspired by the video game Batman: Arkham Origins. 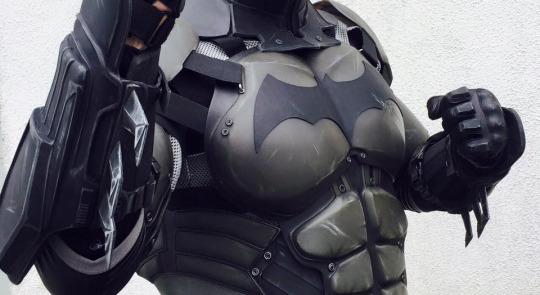 The costume is incredibly realistic, with folding Batarangs, sharp gauntlets, thick chest armor, and, once again, a working flamethrower. It was made by 3D printer over the course of a month, which is both impressive and scary, because we’re getting to the point that absolutely anyone can make working superhero technology in their own homes.

Click over to his studio’s Facebook page for a closer look at this costume, including some of the highly dangerous looking gear, like the Batarangs below. 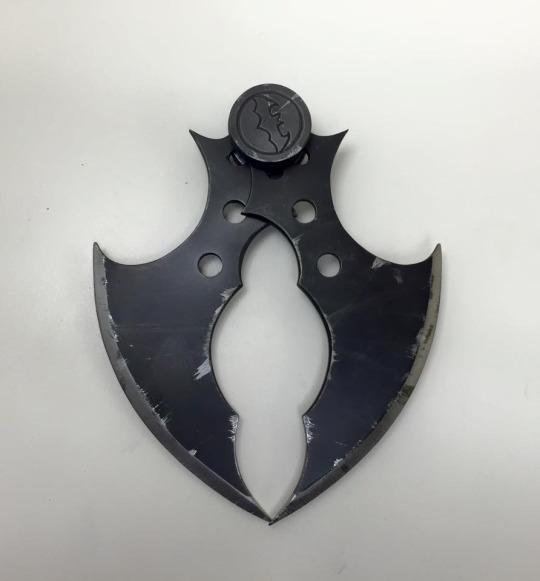 he should design the Batman costume for reals tho
Top
Advertisement

Why is he in a batman costume? is it a movie?

what's the difference between a costume and cosplay?
Cosplay sounds less idiotic?
Top

I think for your understanding, they are pretty much the same thing, as cosplay really just means costumed play.

what for me makes a big difference between lets say the average person that puts on a costume for halloween and a cosplayer is
1. a cosplay doesn't have a particular time of year to put on and parade around in a costume
2. more importantly cosplayers tend to make their costumes, not all of them but ALOT of them do, its part of the experience
3. cosplay tends to shoot for higher levels of detail and craftmanship often competing with movie SFX level costumes make up and props, as you can see from the Batman).