We have no mps in that area...so we aint going anywhere
Top

I sure that eh half as bad as the supportive video comments.
Top


Barry the victim of $m robbery in Couva

Member of Parliament for Princes Town Barry Padarath was the victim of an armed robbery in Couva on Thursday night.

Padarath, who lives in Couva, stopped at a Chinese restaurant on the Southern Main Road, at around 8.15p.m.

He was approached by a man with a gun. The man’s face was covered in a white bandana.

Padarath handed over his wallet which contained US $100 and TT$200.

He handed over his Samsung cell phone worth $7,000.

The vehicle was found abandoned along an agriculture access road off the Rivulet Road, Couva on Friday morning.

In July 2017, the Padarath family was robbed at gunpoint at home.

Padarath said then that he was holding Hindu prayers for three nights over the weekend to celebrate his birthday.
Top

No updates on the fishermen?
That's so fcked up
Top

At least 3 reported shootings within the last hour, 2 in arouca and 1 in tacarigua...fatalities are possible
Top

This is from the previous set of pics where that nasty stinking parasite get bobolise.

Minutes after he robbed a Williamsville family, a 23-year-old bandit was held in what some have described as a twist of fate.

The incident took place around 9.30 am on Thursday at Corial Road, Williamsville.

According to reports, a 58-year-old man, his 27-year-old son, and their 79-year-old neighbour were at the residence when a gunman stormed the premises.

He announced a hold-up and demanded that the trio hand over all of their cash and valuables.

The victims complied, but while the gunman was bagging his ‘loot’, the two father and son saw an opportunity to detain the suspect and took it.

The relatives attacked the suspect while their neighbour secured the dropped firearm.

During the confrontation, the bandit was severely beaten. He was then tied up and the police were notified.

A Glock 23-pistol was recovered from the scene.

The aftermath of the ordeal was recorded by persons in the area and uploaded to social media sites.

The injured 23-year-old was taken for medical treatment and is expected to be charged upon his release.

The video, for all who didn't care to look.

Stuart pull the string...GG react...Forde gt, all expenses paid to go look for a needle in a hay stack..
Top

They should be in the bandit shot and killed thread...they tried to rob this place in san juan

Syrian people leaving their war-torn country only to have to deal with this.

No. That is one of the main differences between your regular bandit and pnm voter-bandit.

Bandit with cap/hoodie are usually likely just your regular bandit. They fraid to get ketch.

The ones who doh even attempt to hide face are more than likely pnm bandit, because they are endorsed, supported and protected by the pnm, and know they will get away with little or no punishment.

This is not a 100% proven scientific method, but it does hold true in the vast majority of these cases.
Top

It is alleged he try to grab the Police officer firearm....

Two Siparia men are in police custody after they got into a shootout with police in Curepe on Sunday night.

Police said members of the Northern Division Task Force were on patrol when they saw a man being robbed by one of the bandits wearing a hoodie at Southern Main Road, Curepe, at around 9.30 pm.

The victim attempted to flag down the police car and told them what happened.

Police spotted the bandit getting into a black Mazda Two car with two other men and attempted to stop them, but were shot at by the men.

Police chased the car across several roads and organised a road black, trapping the bandits.

The bandits shot at the police and officers fired back.

Two of the men ages 23 and 24 were arrested and a .9mm Beretta pistol seized.

One more for the road -

Over $60,000 in Jewellery stolen from K's Jewellers in Tunapuna.Raveena Ramdeen 25 of #23 Hassanali St, El Socorro 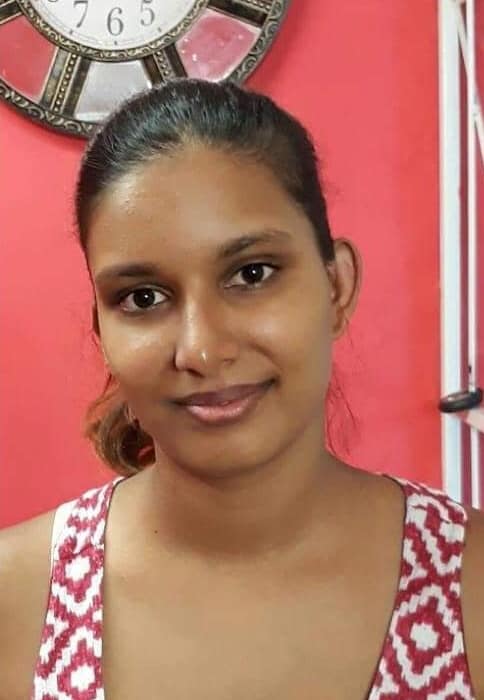 Andrew Harrison
Jamal Mcdonald
Jamal Bowen
These men are responsible for break in's in freeport area. Accomplices still at large. All from Morvant area. Vehicle being used is a Hyundai Tuscon PCZ 7433.

^^^ yup all from red and ready crew
Top

You were in the booth with them?
Top

When you get robbed of family members murdered by these pest then your mindset will change. Until then live in the dark
Top

When you get robbed of family members murdered by these pest then your mindset will change. Until then live in the dark

Have to agree with zoom here. These men is pests
Top

police shud put bullets in all pests no matter their race , save d courts from paperwork & taxpayers d expense ......
Top

Israel Khan already say what will happen if they do that.
Top

Due process, that's what separates civilized societies from the uncivilized ones. Tell that to the victims of crime...

not all crooks are guntas eh , no shame man ...