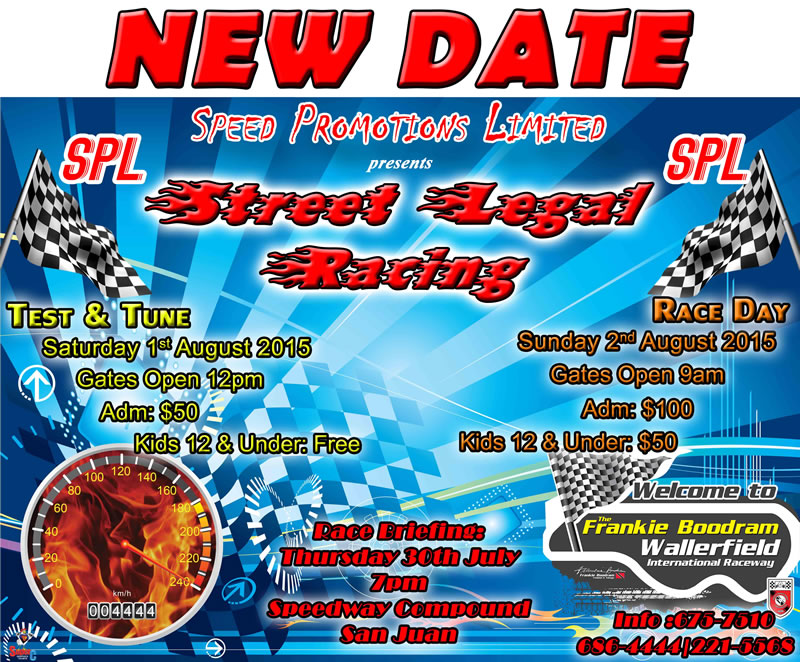 Any updates on the turn out @ Wallerfield?
Top

From the few times I went up there cell service is pretty horrible up there. Mobile data - lol don't even bother.
Top

"You win some, you lose some."

The words of Mr. Frankie Boodram at the Frankie Boodram Wallerfield International Raceway as he applied verbal bandaids to the competitors that didn't place in the top three of their class at the Speedway Promotions Drags event. Originally carded for 25th and 26th of July 2015, the first drags at Wallerfield in quite a long time suffered blows from low turn out of competitors and spectators- perhaps due to the local banter over the prison break (and the clash with cricket and Autosport's Drag and Wind), however the event was then extended to August 1st and 2nd- a good move on Speed Promotions part as the extended week brought about almost 3x the initial competitors and spectators and also better weather. Even though the timing system failed just as the event was getting warmed up grudge matches and bracketed competition runs were executed based on times from Saturday’s qualifying- brackets included 12s-15s and bikes. At the end of the day trophies were presented to the top three drivers of each class along with special trophies and hampers courtesy Total Lubricants. Miss the coverage...summary report/times for each car from fugitive...
Top

Thanks bro, he wasn't there- timing system was down anyways.
Top

Sorry Transport was an Issue.
Top

I spoke to him for the first at the line up and he allowed me to watch his bike closely.

We spoke after he won about his reaction and rolling start vs a launch .