wagonrunner
TriniTuner 24-7
Posts: 13186
Joined: May 18th, 2004, 9:38 am
Location: Distancing myself from those who want to raid the barn but eh want to plant the corn.
Contact:
Contact wagonrunner
Website WLM

88sins wrote:different skyboxes deal with what could be deemed hazmat in different ways. what one won't ship, another will without a problem.

The Federal Aviation Administration and the Department of Transportation on Wednesday issued an interim rule banning the transportation of lithium ion cells and batteries as cargo on passenger craft, as well as setting a 30 percent charge limit on ones shipped as air cargo.

There will be a backlog by air. by sea would be the better option.
Top
Advertisement

adnj wrote:Actually, current supercapacitors have an energy density of 2% to 10% of LiIon batteries and about 8% to 40% of lead acid. They also have voltage/current supply curves that are similar to LiIon .

88sins wrote:caps will be more like 4.1ah, and the small ups batteries are about 7-8ah. but the advantage of the caps is that they will recharge faster, supply more power more steadily, and have a better lifespan and deeper discharge rate than the Pb acid battery.

edit
going to be lighter to, as well as more efficient and cheaper in the long run.

yes, but we must keep in mind exactly what caps are and what they are designed to do.
they are not batteries, they don't function like batteries, and they're not made for charging slowly or holding large amounts of electrical current with minimal discharge over long periods of time. that's what batteries are designed to do. comparing them to batteries is kinda like trying to compare apples to grapes. they're both fruit. but that's where the similarities end. same for comparing capacitors to batteries, they both hold and discharge electrical energy, but in totally different ways.

basically, they are used as a way of supplying the amp with all the power it wants as fast as it wants it while protecting the vehicles battery from being drained too low, too fast and too frequently.

I believe that you stated that a supercapacitor storage bank was lighter than a battery for a certain amount of energy. That is unfortunately incorrect.

Additionally, large amounts of energy are typically stored in supercapacitor banks. They just happen to be quite large.

There are many reasons to use either electrostatic or chemical storage but for the stated purpose of packaging an audio system power backup in a passenger vehicle, chemical currently has the best packaging and weight characteristics that meet your constraints without reengineering the powertrain.
Top

Update: I'm about to do some in-car testing on some 5.5Ah Ford CMax cells, it's gonna be in a 4S3P configuration for a 15Ah total.
Pending the outcome, a second bank will follow. 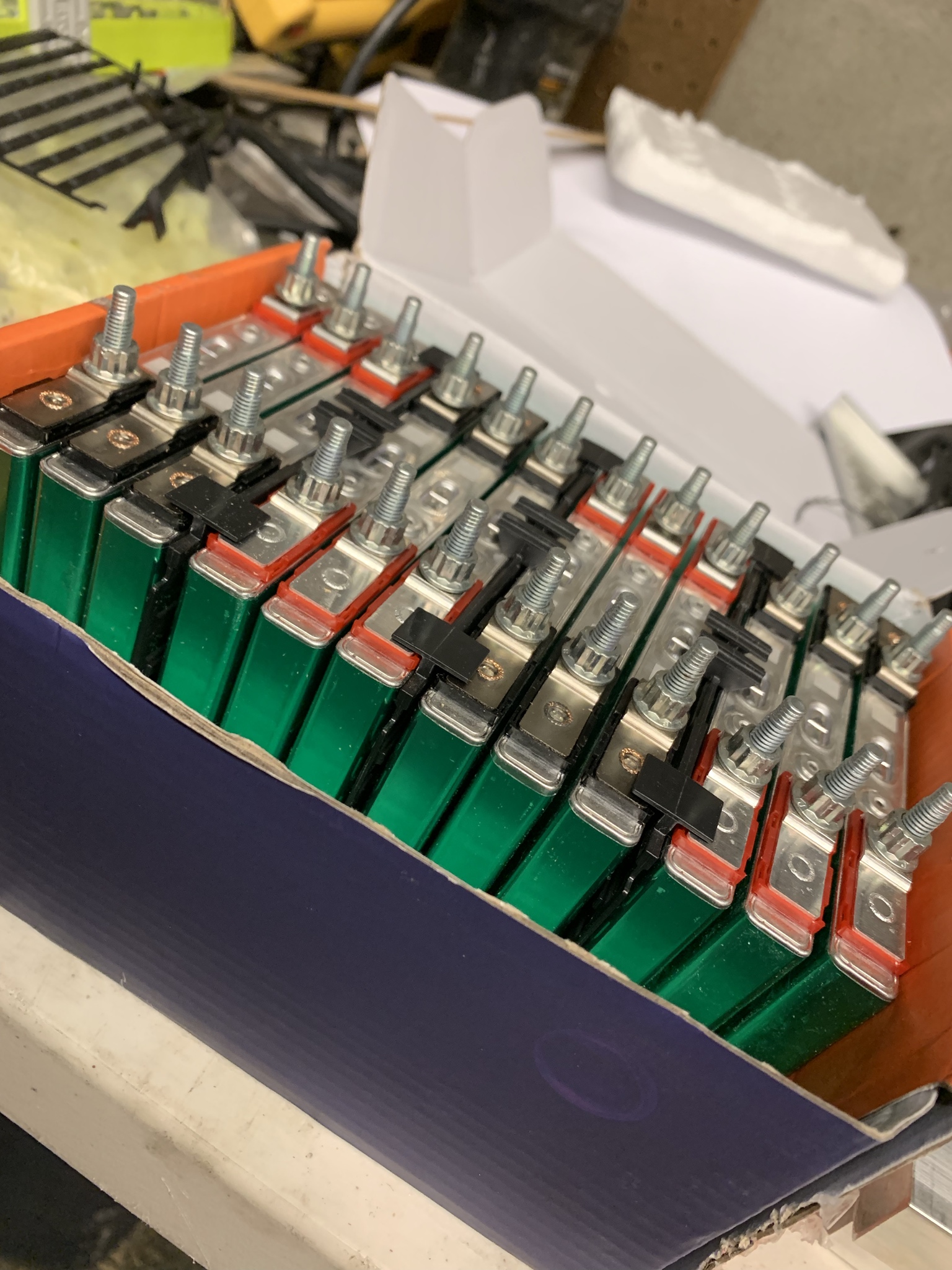 Yup, and they do great on music. There's a guy daily-ing a single 15Ah bank on a Soundigital 8k at a half ohm and doesn't go under 13.9- full tilt.

My voltage is gonna be somewhere in the low 15s.
Top

at that voltage you are good to go
since its a small bank use full copper bussing if u can, instead of the 6061 aluminum
Top

X_Factor wrote:at that voltage you are good to go
since its a small bank use full copper bussing if u can, instead of the 6061 aluminum

Users browsing this forum: No registered users and 3 guests