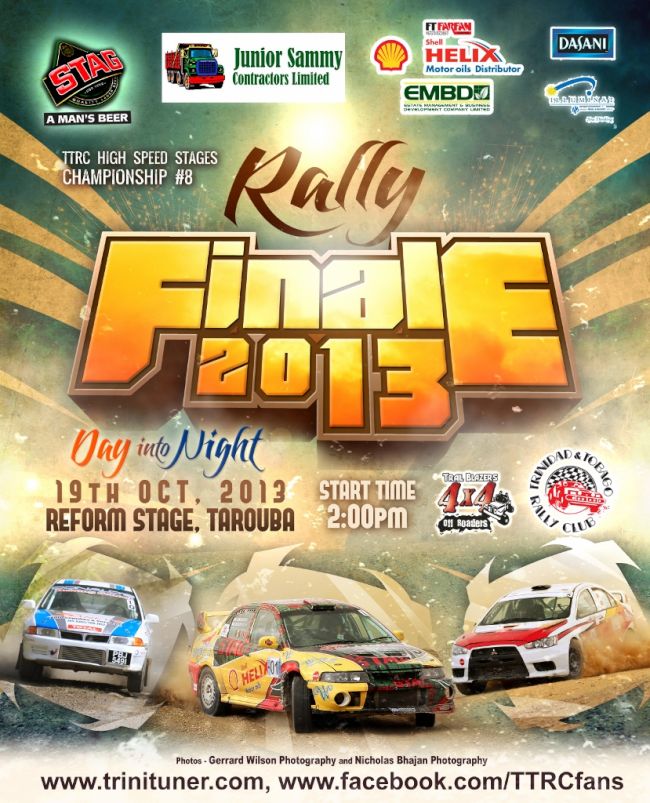 Rally Finale is the final event of the TTRC High Speed Stages Championship for 2013. This year the championship battle will be decided at the end of the last stage for both Grp N and 2wd classes.
The battle starts in the afternoon on the well know Reform stage with 4 stages run in the day light.

There will be a special stage run in the night with great vantage points for fans.
Call the crew, pack your coolers and bring some lights to Rally Finale

looking forward to this event
Top

Will definitely be there..::
Top

Looking forward to this. Anyone got the line up of confirmed cars/drivers?
Top

Just a few highlights, I got there late but here ya go:

Thank you to all who made Rally Finale a success. It’s been a great year for TTRC High Speed Stages we plan to make 2014 even better!
To all our sponsors - Thank You for continuously supporting us.
Media – thank you for your time and hard work in giving us many moments to remember
Marshals for keeping our events safe and running smoothly
Spectators/fans thank you for sticking with us and remaining true to the sport!
To our teams – without you, we would not have any events... thank you for keeping Rallying alive in T&T
Top
Advertisement
Post Reply
11 posts • Page 1 of 1