What time is the Friday event?
Top

Always best to reach as early as possible to get parking!
Top

Thanks. Will definitely check it out
Top

looks like a early start next weekend, I there still!! Going to be waving the red, white and black flag for sure!!!
Top

whey!!! just looked thru rally 04 pics, really a great time was had! Maybe i'll make an appearance on the 29th.
Top

With one week to go before Rally Trinidad 2014, Sunday became a 'test and tune' day for some of the local crews. Ryan Peyrau, sporting new livery on the Suzuki Swift and Sarah Jane Gopaul in her Liqui Moly Mazda opted for the Bronte stage in south Trinidad while Stuart Johnson, who hasn't had competitive seat time since Rally Jamaica in December, chose a secret location too test his Group N Subaru Impreza. New to gravel stages, Ryan Pinheiro co-driven by Ross Viera came out to test their newly built Group A Mitsubishi Lancer Evolution 4. The crews ran at an allocated section which included hills, corners and straight-away sections in order to get a good feel of their Rally Cars as they dialed in the right setup in lieu of local and international competition next weekend.

Hoping to get some footage of the world cars testing when they do as well. Written by Robin BradfordMotor sport fans across the Caribbean will turn their attention to Rally Trinidad 2014 this weekend, as the Trinidad & Tobago Rally Club’s (TTRC) premier event celebrates its 10th Anniversary, and kicks off regional and international competition for the new season.

Since being re-launched in its current format in 2004, Rally Trinidad, with its fast and flowing gravel stages, has traditionally been the first of the region’s annual ‘Big Three’; Rally Barbados follows in late May/early June, the tarmac interloper in the trio, before gravel suspension is re-fitted for Rally Jamaica in December.

Only one driver has won all three - Jamaica’s Jeff Panton has eight home wins since 1994, was the first winner from the wider Caribbean in Barbados in 1998, and ticked the final box in Trinidad in 2011. After adding a second RT win last year, he set a new target, the top step of the podium in ‘Big Three’ in one year, something he narrowly missed by finishing second in Barbados in 2013 . . . but it is not to be; the engine of his Ford Focus WRC06 remains in the UK, extra work on the refresh pushing its return past a workable shipping date.

Jeffery Panton FOrd Focus WRC06
Four-time winner John Powell is another on the sidelines, with a broken collar bone, dislocated shoulder and bruised ribs suffered in a mountain bike accident, which will mean the first new winner since Ainsley Lochan in 2009 . . . and, assuming said winner would come from the WRC class, then the Barbados flag will fly for the first time since Paul Bourne won in 2008.

John Powell Ford Fiesta WRC will NOT be making it to T&T for RT14
Bourne, who also won back in 2004, returns this year, his Focus WRC07 shipped directly to Trinidad from its winter refresh in the UK; with a new preparation team and increased focus – pun intended – Bourne will be a man to watch, although make sure you have dark glasses to cope with his new livery.

Paul Bourne WRC Focus (Photo compliments: Chefette Speed Team)
Second last year, in his first competitive drive in the Suzuki SX4 WRC, was Neil Armstrong, a beacon among the rising stars of Bajan motor sport. Impressive on both gravel and tarmac, he will be revisiting an event for the first time in his short career in the unique SX4, so expect a real battle of wits between these two. Neil Armstrong Suzuki SX-4 WRC
With less experience than the others, but with a great deal of commitment, Dean Serrao brings his Subaru Impreza WRC S9 to an event which has not been kind to him in the past; while the learning curve has been steep, a clean run should certainly see him fighting for a podium finish.

Among those he will be grappling with are fellow Bajan James Betts, winner of the TTRC’s Championship last year in his sturdy Mitsubishi Lancer Evo V, who leads a solid Group A entry. Locals David Coelho – he won last year’s final TTRC round in his Evo IX – Group N graduate Cristian Bourne (Evo VIII) and Colin Khan (Impreza) are likely to be at the sharp end battling for Group honours. Craig Sumair Group N Evo VI
Sadly for Jamaican fans, lost from the provisional entry list is the ex-John Powell NACAM Series Evo IX, now owned by the Gregg family; father Gary or son Kyle would have run this weekend, but the damage at the rear of the car from the fire which put them out of Rally Jamaica proved too difficult to repair.

While roughly half the entry falls into the four-wheel-drive classes, there is no excuse to rush for your cooler once they have passed . . . and for one particularly good reason, one of Northern Ireland’s most flamboyant – and successful – rear-wheel-drive exponents, Frank Kelly! Having arrived last weekend, he will experience both gravel and tarmac events in the region, returning for Rally Barbados in May.

Kelly has won a string of titles in Ireland, Scotland and across the UK on both surfaces, including the BTRDA Silver Star Championship, the UK’s most prestigious title for two-wheel-drive cars, and was named BMMC Driver of the Year at last year’s Association of Northern Ireland Car Club’s Prizegiving, an award presented by the marshals to the driver who has entertained them most. And you will be entertained – his Group 4 Ford Escort MkII, nicknamed ‘Baby Blue’, has a 2.5-litre 310bhp engine, so getting power from engine to road surface smoothly is often a challenge! 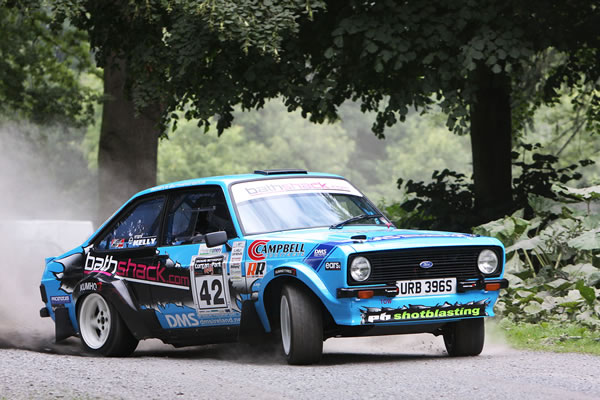 (Photo credit: rallyforums.com) Frank Kelly Ford Escort
There’s a lot more interest in the two-wheel-drive classes, though: reigning TTRC 2wd Champion Donald Gopaul (Lancer) leads the home team, backed up by Ryan Peyrau (Suzuki Swift Sport) and Reyaz Mohammed, who was top 2wd in The Beginning last month in his Mitsubishi Colt, but they may have to contend with Jamaica’s Bobby Marshall (Colt), a veteran of touring the region. 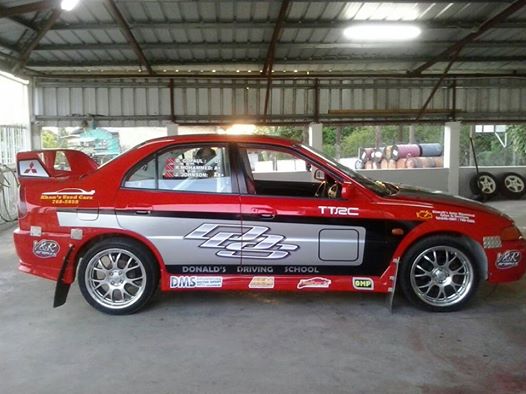 Donald Gopaul 2WD Mitsubishi Lancer
Final entry details will emerge after Scrutineering on Wednesday, as a number of co-driver seats were still unconfirmed as this was written, but this is a weekend not to be missed!
Top

Whats the price at the gate for the stadium?
Top

wagonrunner
TriniTuner 24-7
Posts: 13341
Joined: May 18th, 2004, 9:38 am
Location: Distancing myself from those who want to raid the barn but eh want to plant the corn.
Contact:
Contact wagonrunner
Website WLM

Easier to remember and no search needed!!!

We are using the hash tag #rallytrinidad, so be sure to use that when posting anything related to RT14 on your own wall etc.

wagonrunner
TriniTuner 24-7
Posts: 13341
Joined: May 18th, 2004, 9:38 am
Location: Distancing myself from those who want to raid the barn but eh want to plant the corn.
Contact:
Contact wagonrunner
Website WLM

Yorkshirelass wrote:I find $60.00 is a little steep! And since when are children over 12 adults!!

yup, but we spectate in a carpark for less WITH seating so we'll be "spoilt".
Those who stand in the cane may see it as a bargain.
Top

You must go palladium for movies
Top

Just look at that garage!
Apparently that's his spare HKS 4G63T engine in the foreground

new machine for this year?
Top

Correction. The seeding order for the WRC cars are Dean Serrao, Paul Bourne and then Neil Armstrong for #rallytrinidad
Top

Always best to reach as early as possible to get parking!

Is there parking available in the stadium itself for the general public? If not, is there anywhere secure to park, or is it park around the stadium at your own risk?
Top

The much anticipated Rally T'Dad has already began...

This year the TTRC celebrates 10 years of portraying a spectacle to one and all young and old. Here are some of the eager competitors from the scrutineering earlier today at MosporTT...

Always best to reach as early as possible to get parking!

Is there parking available in the stadium itself for the general public? If not, is there anywhere secure to park, or is it park around the stadium at your own risk?

parking is first come first serve. There will be additional parking at the Woodbrook community center
Top

This event will be streamed live on Sunday 30th. From the home page of http://streamevents.tv . Tell your friends!!
Top