Surprised this isn't here yet.

Anyways... Great stuff from NASA who was successfully able to enter orbit around Jupiter.

Jet Propulsion Lab, California (CNN)NASA says it has received a signal from 540 million miles across the solar system, confirming its Juno spacecraft has successfully started orbiting Jupiter, the largest planet in our solar system.

The probe had to conduct a tricky maneuver to slow down enough to allow it to be pulled into orbit: It fired its main engine for 35 minutes, effectively hitting the brakes to slow the spacecraft by about 1,212 miles per hour (542 meters per second).
"NASA did it again," said Scott Bolton, Juno principal investigator.
"We're there, we're in orbit. We conquered Jupiter."
"Through tones Juno sang to us and it was a song of perfection," said Rick Nybakken, Juno Project Manager, referring to the audio signal the probe sent to indicate it was in orbit.

he Juno team celebrates at Mission Control at NASA's Jet Propulsion Laboratory in Pasadena, California.
Juno was launched nearly five years ago on a mission to study Jupiter's composition and evolution. It's the first spacecraft to orbit Jupiter since Galileo. Galileo was deliberately crashed into Jupiter on September 21, 2003, to protect one of its discoveries -- a possible ocean beneath Jupiter's moon Europa.
"Preliminary looks are that the spacecraft is performing well ," said Guy Beutelschies, Director of Interplanetary Missions at Lockheed Martin Space Systems, the company that built the spacecraft.
Steve Levin, Juno Project Scientist, looked ahead to turning on the probe's instruments again, after they were turned off in preparation for the tricky orbit maneuver.
"What I'm really looking forward to is getting up close and personal with Jupiter," he said.

Inside. There's a "video" of it somewhere. Stitched together pics of the view.

So a thread does exist!

Not letting the billionaire space cowboys steal the spotlight in space related news, don't forget about the The James Webb Telescope. There is yet another delay from the Oct 31st Halloween launch date, but still holding out hope for a launch before the year ends.
https://www.scientificamerican.com/arti ... yed-again/

The Vera C. Rubin Observatory
The Most Exciting Telescope That No-one Is Talking About

I like thus guy's channel, watch a bunch of his vids


How Albert Einstein's theory of gravity could be called into question and Earth-killing asteroids spotted by vast new telescope at Vera C Rubin Observatory in Chile – Professor Catherine Heymans
https://www.scotsman.com/news/opinion/c ... ns-3280657
The Cerro Pachón ridge in Chile towers 2,750 metres above sea level, with landscapes that could easily be confused for the surface of Mars.

As one of the driest and darkest places on earth, it is the perfect location for some of the world’s largest telescopes.

Since 2014, the site has been alive with construction workers, engineers and scientists building the Vera C Rubin Observatory. The mirror for this new telescope is so large, it only just fits into a tennis court.

Similarly, the camera used to image the skies is roughly the size of a Fiat Punto, and to display just one of its images requires 1,500 high-definition TV screens.

Celebrating the astrophysicist who found the first crystal clear evidence for the existence of dark matter, the Vera C Rubin Observatory is scheduled to create the first movie of our universe.

It will photograph the entire southern night sky every three nights on repeat for ten years, looking for anything that moves; Rubin will be able to locate any potential killer asteroids that could one day obliterate planet Earth!

Many of us are expecting, and certainly hoping, that we won’t find any evidence for a future doomsday scenario, and instead, our true passion lies in the by-product of that search.

By combining ten years’ worth of images, we will create the deepest, widest view of the universe ever seen, allowing us to look back in time to some of the first galaxies ever created.

What we can see, however, only accounts for less than five per cent of the universe. The other 95 per cent is dark and invisible, and the only reason why we know it is there is because of the effect it has on the things we can see.

I’ll confess that as a scientist, and as Astronomer Royal for Scotland, it’s a little embarrassing to admit that we don’t yet understand what makes up 95 per cent of our universe.

We train our university students in fundamental theoretical physics which fully explains how things work on Earth. It cannot, however, explain the existence of the entities that we’ve called dark matter and dark energy that pervade the wider universe.

When the pandemic hit, the Cerro Pachón workers had to down tools, leaving the half-finished shell of the Rubin observatory whistling in the wind. Now one year behind schedule, but still as excited as ever, we wait for Rubin to see its first light next year.

With Rubin, we will be testing the latest exotic theories to explain the dark universe phenomenon, some of which are so far-reaching that we question even Einstein’s theory of gravity.

It’s widely believed that Rubin will provide the key evidence that sparks a full revolution in our understanding of theoretical physics. Let's hope we can conclude our studies before any killer asteroids hit!

Catherine Heymans is a fellow of the Royal Society of Edinburgh, Astronomer Royal for Scotland, professor of astrophysics at the University of Edinburgh and director of the German Centre for Cosmological Lensing at the Ruhr-Universität Bochum, Germany. The RSE is Scotland's National Academy, which brings great minds together to contribute to the social, cultural and economic well-being of Scotland.
Top

Comet Berardinelli-Bernstein UN271 - Scientists are discovering new objects in the solar system all the time. Most of these are small asteroids or icy bodies, but researchers recently spotted something unexpectedly huge heading our way.

SpaceX's Inspiration4 is launching this Wednesday at 8:02pm with just 4 civilians.

There's a documentary on Netflix covering it: Countdown: Inspiration4 Mission to Space.
Top

st7 wrote:SpaceX's Inspiration4 is launching this Wednesday at 8:02pm with just 4 civilians.

There's a documentary on Netflix covering it: Countdown: Inspiration4 Mission to Space.

Didn't know about this or the documentary... sweet... thanks! Now saw a new vid from Scott Manley covering it and it seems pretty damn awesome. Spending 3 days in orbit!!!

spacex stream started a long time ago --- crew is in the Dragon!
Top

^ Awesome! Tuned in... should be a pretty nice spectacle given the time of launch. Hoping all goes smoothly

SO when you going to stop being dohtish fuh spite?
Top

SO when you going to stop being dohtish fuh spite?

The question still stands though.

trinidad too small minded to think outside the country, let alone outside the planet lol
Top

And we're off!
Top

damn that was epic... wish it were me yes!

but they cut the stream -- i want to see when they open the thing and see the view!
Top

Crew has made it to orbit safely and stage 1 has been recovered successfully!

Too bad we gotta wait on the 360 view tho

hahaha i cant rem what it called.. i kept thinking dome or capsule
Top

See what we can achieve if we had our very own space program? Steupsssss
Top

build a space port in the caroni plains lol
Top

Yuh see men done have the idea already, it's about implementation and finance now. Lewwe talk to Colm na?
Top

colm is not the man, he is the puppet. we hadda talk to his bosses, and ensure we get tax breaks while we stimulate the economy.
Top

st7 wrote:damn that was epic... wish it were me yes!

but they cut the stream -- i want to see when they open the thing and see the view!

Well get the ball rolling, I'll enlist as an asstronut.
Top

Our planet looks pretty nice from 364 miles (585 kilometers) up.

This window is going to get quite a workout over the next few days.

Inspiration4's Crew Dragon capsule, a vehicle called Resilience, soon settled into a circular orbit 364 miles (585 kilometers) above our planet. That's higher than any Crew Dragon has ever gone, and about 115 miles (185 km) above the path taken by the International Space Station.

Reminds me of this 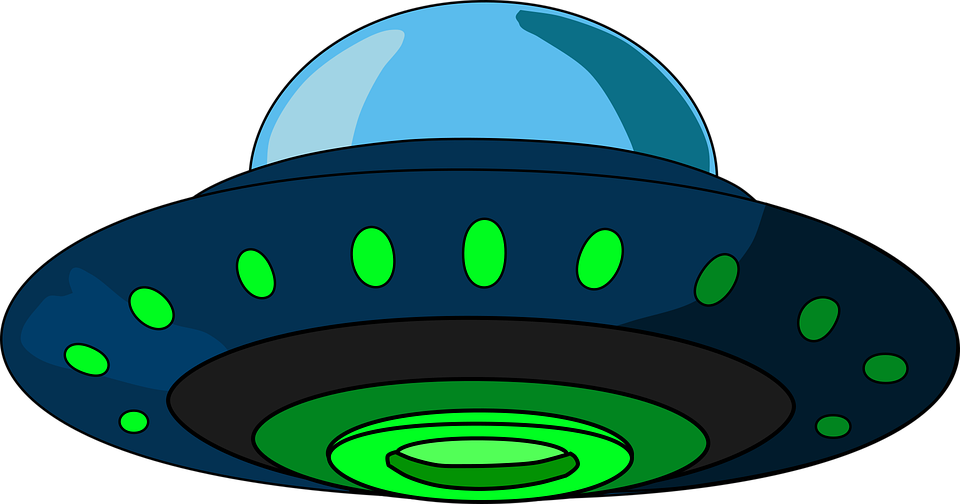 The @Inspiration4x crew is healthy, happy, and resting comfortably. Before the crew went to bed, they traveled 5.5 times around Earth, completed their first round of scientific research, and enjoyed a couple of meals

After the crew wakes up today, they will conduct additional research and get their first look out of Dragon’s cupola!

Dragon continues to remain in its intended target orbit, with altitudes as high as 590km above the Earth’s surface

Scrollllllllllll all the way down to see how the animation of the Dragon with Cupola.
Top
Advertisement
Post Reply
43 posts