This is the clip of the comment made by Kamla. 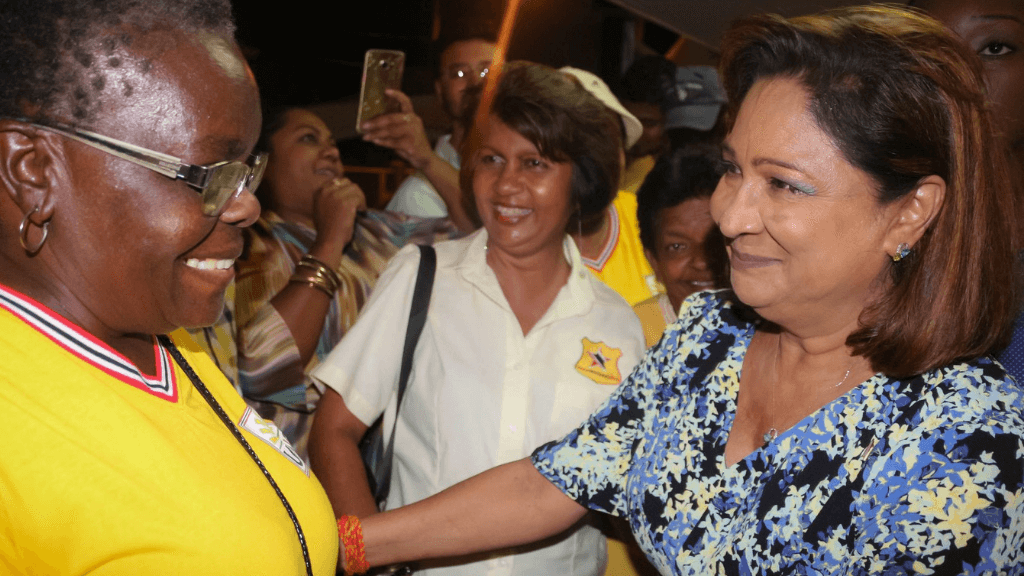 Opposition leader Kamla Persad-Bissessar has been accused of attempting to destabilise the country by “consciously and intentionally utilising race to divide and destroy Trinidad and Tobago”.

The accusation comes as Persad-Bissessar, while speaking at the United National Congress (UNC) Monday Night Forum on Monday, referred to Prime Minister Dr Keith Rowley as an “Oreo”.

She suggested the Prime Minister was a puppet of the country's purported "one percent" and called him their "Oreo".

"They tried to own me but I sent them packing. They have their Oreo now, who is their guy, in Keith Christopher Rowley, and that is how the one percent friends and family of Rowley control him," she said.

Government is of the view that the comment was an attack on the Prime Minister which it says was done “in a despicable and nakedly racist manner”.

In a statement issued through the Ministry of Communications, Government slammed Persad-Bissessar’s comment.

“Whilst this Government has been guiding and leading the country in a stable, inclusive and productive way, through a number of difficult and demanding situations, including, the financial contagion effects created by Petrotrin, Mrs Kamla Persad Bissessar and the United National Congress (UNC) have once again attempted to destabilise the country by consciously and intentionally utilising race to divide and destroy Trinidad and Tobago.”

“This continued naked racial and divisive behaviour by Mrs Persad Bissessar is hereby condemned in the strongest manner.”

Government further stated that it would not stand for such tactics and rejected the brand of politics from the UNC leader.

“This Government will not condone the use of race or class to attack any citizen of Trinidad and Tobago and we reject the continued disdainful and backward politics of the Opposition being led by Mrs Kamla Persad Bissessar and her attempts to stir up racial tension in the country.”

The statement ended with a line referencing the country’s national anthem.

“May every creed and race continue to find an equal place in Trinidad and Tobago.”

Roast breadfruit and black mannequin with OWTU last week seemed worse to me.

Not the correct use of Oreo though.
Top

Racism on one side.
Misogyny on the next.
Necromancy on the third.
Idiocy on the last.
Top

The context in which the term was used seems to be a statement that the PM is controlled by a white minority. Seems fitting given that the term reflects a facade of sorts. Applicable and appropriate here? not quite but throwing around racist is pretty popular these days.
Top

Gloves coming off... what should be fought with intelligence is now being showcased with Racial motivation....no different to whats employed just prior to General elections by most of our political parties.
Top

But somehow the PNM gorillas stripping the chick in the yellow sari is what, postmodern performance art?
Top

"In any nor­mal sit­u­a­tion where the or­der of the day was ac­cept­able to the peo­ple in­volved, all of those girls in that video should face some se­ri­ous dis­ci­pli­nary charges, so what they call a right is in fact a priv­i­lege to go to a sec­ondary school. If that is how you be­have, there are con­se­quences to it."He de­scribed the stu­dents who were video­taped fight­ing as "be­hav­ing like hye­nas in the African jun­gle.".
Top

^^Dr Rowley ....but oreo seems more offensive to some
Top

She shouldn't have said Oreo, but it's not like PNM and KR didn't start this first. Anyway it is very true regardless of the racist connotations.
Top

here I am thinking that oreo does taste real bess
Top 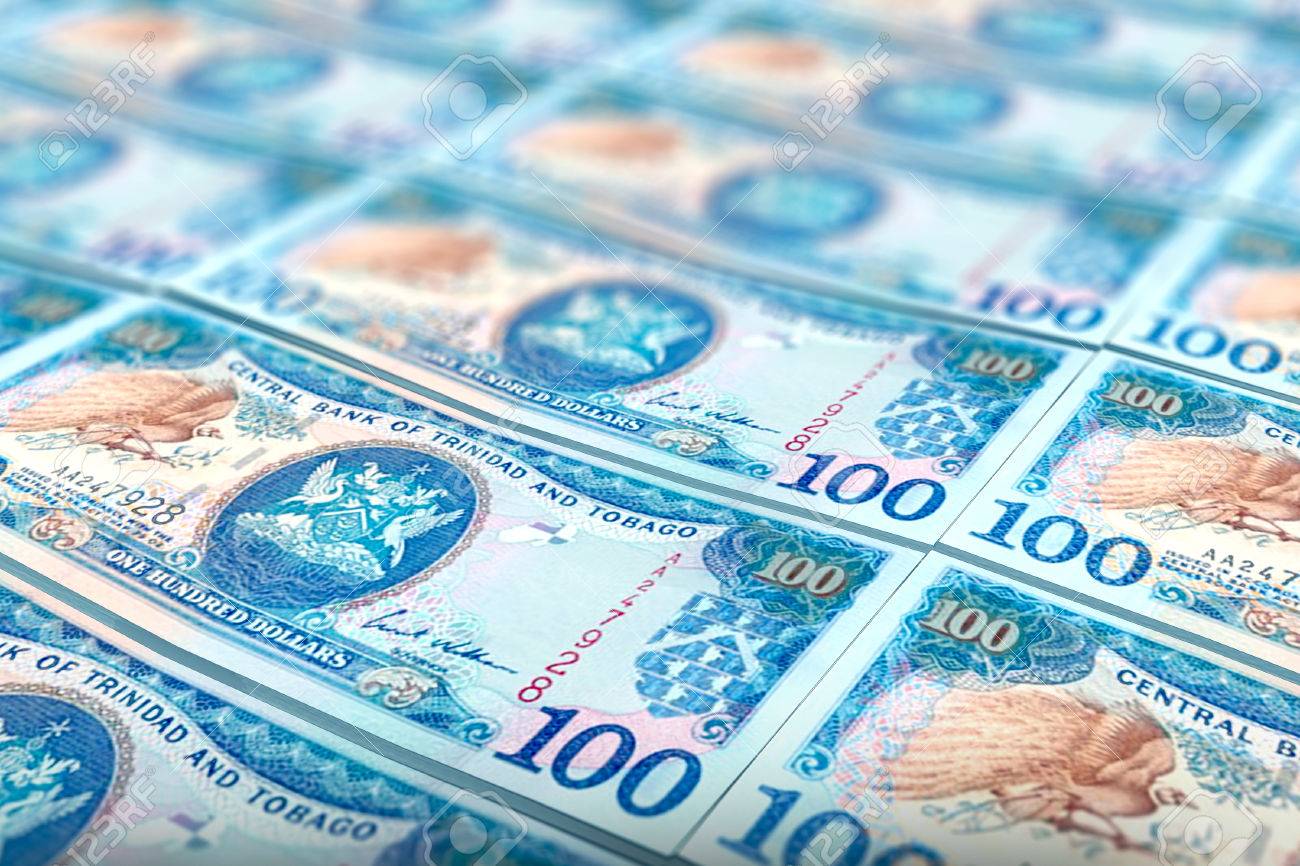 It seems the outrage is more that an indo said it even tho some afros call Rowley terms that have the same definition or worse. You hear it on talk radio weekdays but no outrage.
Top

I am just amazed that this is front page material on the Guardian..
Top

buh she a lie
Top

The_Honourable wrote:It seems the outrage is more that an indo said it even tho some afros call Rowley terms that have the same definition or worse. You hear it on talk radio weekdays but no outrage.

He taking it out of context lol.....
Top

Watson and roget calling him Oreo for the past 2 weeks....

The media Trying hard to distract the masses from petrotrin
Top

rebound wrote:I am just amazed that this is front page material on the Guardian..

Anybody remember Devon Rodeo biscuits from long time?
Always thought they were better than oreo's.
Top

I long for the day when the voting population would throw both the PNM and UNC in the rubbish bin. Both of them are full of corrupt, racist politicians. I need to bump up that corruption thread.

I could throw in a lot more adjectives in there to describe them, but I am mentally tired right now.
Top

I've always liked these, oreo's will turn you into a self loathing product of colonialism who longs for white acceptance and yields to their every whim and fancy.

Well, African studies lecturer David Muhammad says while the comment may not have been racist it was definitely disrespectful.

Throw more fuel on the racism nonsense...keep we busyyyyyyy like some good jackass.

These people under strategic directive to make these assssswhole comments and antics.
Top

Gladiator wrote:Watson and roget calling him Oreo for the past 2 weeks....

The media Trying hard to distract the masses from petrotrin

I thought that the weed was the distraction?
Top

rowley is not no oreo... a sh!tkicker, but not an oreo.
he black inside and outside, with a lil patch of brown on his chest.. and a bob tail.
Top
Advertisement
Post Reply
168 posts